Interview: Bryan and Mary Talbot. Interview: Laurence Campbell. Internview: James Tomlinson. Interview: Simon Spurrier. Fanscene 3 is available to download. It's a whopping mb, translating into pages of fan reminiscenes of the great and the good. As well as the Beano hitting 4, issues, there's a second celebration to be had amongst fans of British comics as The Phoenix releases issue Alan Moore on the sublime art of William Blake. Interview: Rob Williams.

The next old character to be revived in the pages of Commando will be Braddock of the Bombers, who makes his debut in issue , due 5 September. The Beano hits another milestone when the 4,th issue is released on Wednesday.

Bryan Talbot has announced that he is working on a third Luther Arkwright book which is scheduled for publication in Inside Neil Gaiman 's rural writing retreat. Neil Gaiman 's Sandman has been greenlit at Netflix. FIrst season will be 11 episodes. Interview: Nick Abadzis podcast. Interview: David Pugh. Thousands petition Netflix to cancel Good Omens for normalising Satanism.

Rebellion have announced that their first movie project will be School's Out Forever , based on the Afterblight Chronicles series of novels published via their Abaddon Books imprint. School's Out , the first novel of a trilogy by Scott K.

Andrews, originally appeared in Interview: Simon Furman. Peter Nash 's Striker is finally coming to an end in both strip in The Sun and as a comic. The latter closes with a page special entitled Striker: The Final Whistle. Rebellion have announced that they are to reprint the complete "Trigan Empire" series by Mike Butterworth and Don Lawrence. The first page volume will appear next March. Watchmen , which will debut on HBO this autumn, has just had its first trailer released.

Is the Dredd TV series dead in the water? The Thriller Libraries. 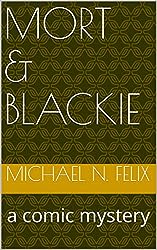